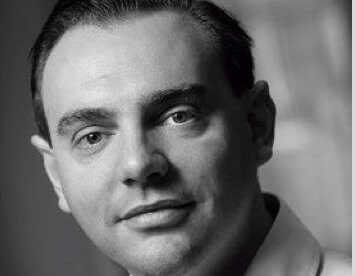 The first official Firmhouse project for founders will be a Venture Lab. We’ve seen a lot of startups lately and we have a hunch on why most of them fail. It’s not that there is ‘no market need’, because if you would take that at face value you’re ignoring the fact that it’s often a symptom for a deeper root cause.

More info and how to apply can be found here:
https://firmhouse.com/venture-lab

The first official Firmhouse project for founders will be a Venture Lab. We’ve seen a lot of startups lately and we have a hunch on why most of them fail. It’s not that there is ‘no market need’, because if you would take that at face value you’re ignoring the fact that it’s often a symptom for a deeper root cause.

At Firmhouse we believe that successful companies emerge from committed teams with the ambition and the skills to build a business. However, very often such teams are fragile at the start. Founders have multiple options, run various side-projects and might have other obligations such as graduating. Such side-projects might turn into startups or they might turn into something else. Linux, for example was once a side-project and Firefox just as much. History is riddled with examples of how people with a genuine interest in a subject stumble upon something great. We strongly believe that talent comes first, the concept second.

I personally did it twice and in both occasions I wasn’t planning on operating a startup. It just happened naturally, because I got pulled into it. Derek Sivers, author of Anything You Want and successful entrepreneur once said: ‘You shouldn’t start a business unless people ask you to’. In my case it happened for both companies I’ve built.

Thanks to the position we’re currently in, we could finally ask ourselves the questions what we find very interesting:

Based on the above we’ll run a project at Firmhouse which ticks our boxes and hopefully those of a few others, including you. We’re going to run a Venture Lab in which we will be working with up to 8 talented people to explore the opportunities that current technologies give us. Blockchain, AI and Mixed Reality are progressing fast, while at the same time it seems unclear how people or businesses can benefit from this now. We want to spend at least 3 months exploring just that by testing ideas, creating interesting applications and mixing in all the talent and experienced people we know in our network.

We’re looking for entrepreneurial people, who are very good at multiple things. Coders who can also come up with a decent design or designers who can also code. People who can explain complex technology to others in a simple and understandable way, without leaving out important details. People who are comfortable learning from potential customers by engaging in a conversation and are willing and able to learn to code or build hardware at the same time. People with the ambition to build a company who are at the same time very comfortable with the notion that whatever they need to do will be something entirely different like writing a book or creating a piece of art. People that are fully dedicated to their goal, work hard and are not distracted.

A lab for venturing and forming teams

Our Venture Lab will not be an accelerator nor will we expect you to apply for us with the purpose to run a startup. We’ll offer these 8 individuals an internship to work on whatever they want. We’ll make sure you’ll have the ability to work on this full-time and we’ll cover the required expenses to do so, including some reasonable coverage for cost of living. This will be reasonable, but it will not be tailored to your financial situation.

You’ll work with us for 3 months starting in October. During these 3 months we’ll teach you as much as we can about all the different options you have to learn from customers, build products, form teams, set up a business, pick your way of working and more.

We’ll bring in people from our network which have gone before you recently and can help you. We also have great connections with other businesses including some of the largest Dutch companies. These can become either your first customers or business partners. We help you navigate such options. We expect you to operate from Rotterdam and join us in our office there. You should be able to participate in this program without serious distractions.

The goal is to help you build companies. We do that by guiding you to interesting ventures that might come out of the end of the program by incorporating, and syndicating its first investment, aiming to give it a starting runway of 12 to 18 months. We’ll invest at least 50.000 euro into these ventures if they’re worth it, but aiming for more. We allow you to apply as an individual or as a team. You can bring in co-founders later, however they will not be offered an internship with financial compensation.

You might have noticed that I’ve mentioned ‘code’ in this article several times now already. Firmhouse is particularly interested in building useful software. This is where we can make a difference in helping you. We’re very good at Ruby on Rails, but we don’t mind if your weapons of choice are different as long as you pick them for a good reason and are capable and willing to be agnostic about it. We’re also interested in you if you’re not capable of writing software at all, but are a great sales guy with the willingness to develop some technical skills.

We’ve learned over the years that great entrepreneurs transcend across multiple disciplines and are extremely resourceful doing so. They have an intrinsic motivation to get stuff done and create things.

In case you’re wondering by now who we are, here’s the team:

Robbert van Geldrop — Entrepreneur and investor. Sold his software company to Acronis and is now a shareholder in Firmhouse. Noteworthy investments are TalkJS and Bolt Mobility. Robbert will operate the program and guide the entrepreneurs on topics such as Business Modeling, Customer Development and Lean Startup.

**Diederik Dolk **— Dealmaker and investor. Has a background in corporate venturing for a large energy company and has invested in 5 startups to date, including Storegear and SHIPX. Diederik will work closely with the selected entrepreneurs to help them establish a baseline for a possible company.

Paul Bakker — Entrepreneur and investor. Sold his software company to ARM and is now a shareholder in Firmhouse. Paul has a substantial portfolio of startup investments, most noteworthy are Instacart and Wunder. Paul advises Diederik and Robbert and can be a mentor to some of the entrepreneurs.

Additionally, Firmhouse will operate the program and the entire team will always be at arm’s length to jump in on whatever problem you’re trying to solve. Founders Bob Jansen and Michiel Sikkes will also be actively involved.

The program will be located at CIC Rotterdam, which brings us a stunning location with exceptional service and a strong international network. 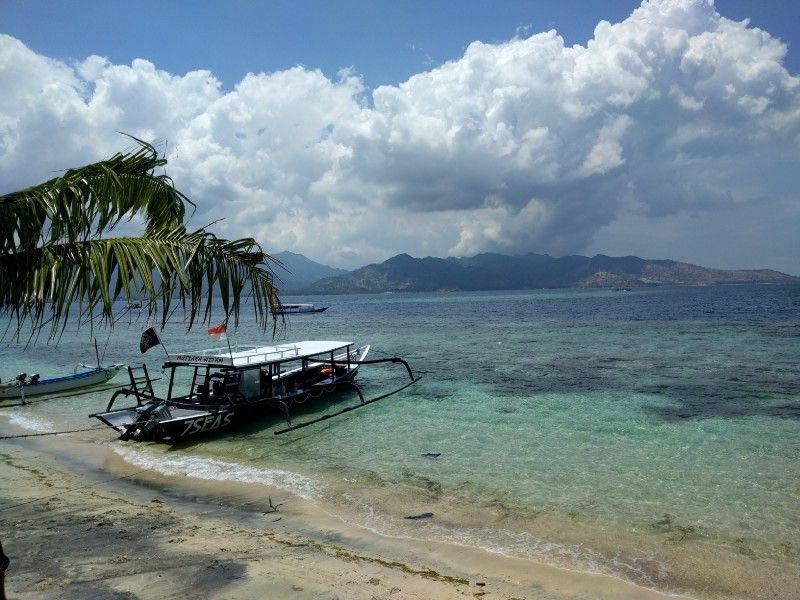 Working remotely from Bali: The promised land or working in isolation? 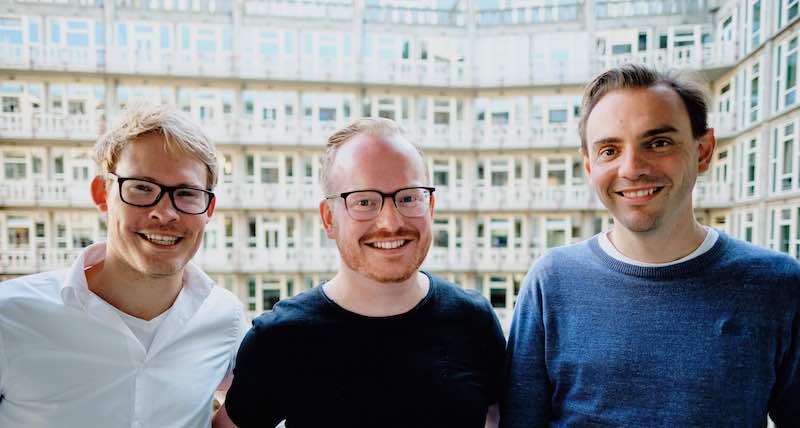 We raised €600.000 to accelerate the roll-out of our subscription & product-as-a-service platform. 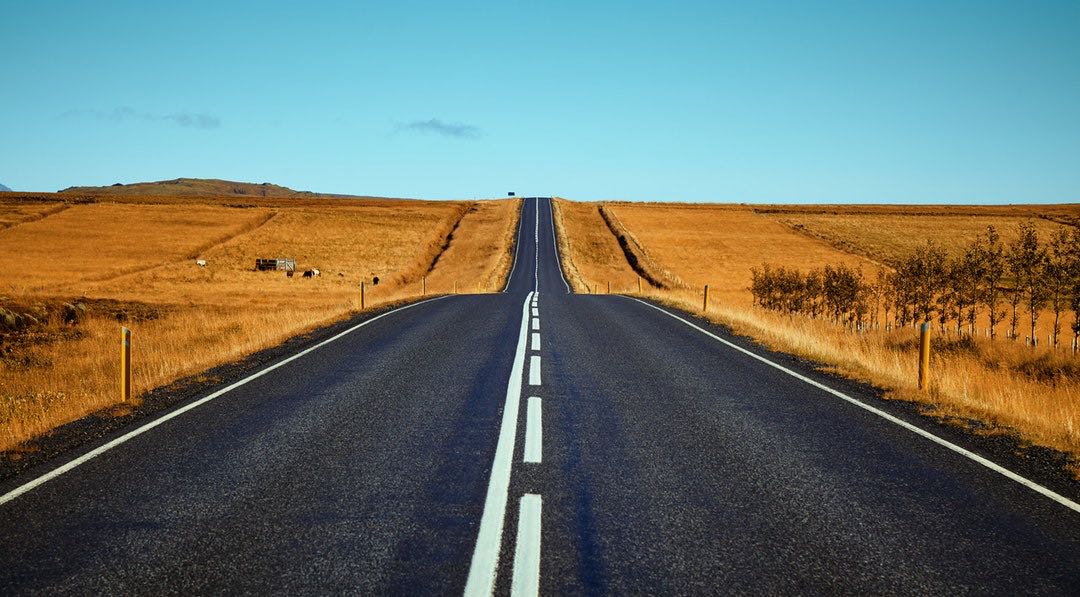